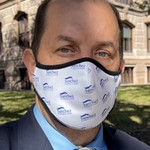 Benjamin is an experienced litigator, having represented businesses and individuals as plaintiffs and defendants in a variety of civil disputes. After starting his career in 1998 as a solo practitioner (spending two years in Houston and another two years in Dallas), Benjamin joined a six-attorney litigation firm in Dallas in 2002 and quickly became its Senior Associate. Upon returning to Houston in 2004, Benjamin joined an eight-attorney litigation firm, again quickly becoming its Senior Associate. Benjamin rose the ranks in both firms because of results, not age or experience!

In March 2007, Benjamin re-opened his own practice. Litigating debt recovery cases for creditors and commercial and public construction cases for various members of the construction industry, Benjamin became known for his common-sense yet aggressive approach in representing clients and his professionalism and integrity in dealing with opposing counsel and the courts. Benjamin changed his collection-focused practiced at the end of 2012 and has been primarily representing people since then. This shift in practice has been met with professional success, as Benjamin has been named a Top Lawyer in Litigation for the past three years (2013, 2014, and 2015). Benjamin not only is trial-tested but also understands most cases are over before ever reaching trial. Therefore, Benjamin uses pre-trial maneuvers to maximize each client's position and minimize costs.

Benjamin also is a leader within the legal community and at large. From holding positions of leadership within bar associations to being appointed and approved time and again by Houston mayors and City Council to sit on the Houston Automotive Board, Benjamin has been entrusted to lead others. Benjamin also is a frequent lecturer, author, teacher, and motivational speaker.

Thank you for contacting us. We will get back to you shortly.

Please complete all required fields below.

We are committed to answering your questions and addressing your concerns.

We'll gladly discuss your case with you. We have dedicated hours each weekday and every Saturday for telephone consultations with potential clients and telephone calls and in-person meetings with current clients. Contact us today to schedule an appointment. 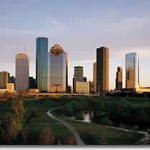